Celtic Goddess is a slot game from 2 By 2 Gaming, a new and relatively niche developer. Our first impressions show they can hold their own with the big boys though! This slot’s immersive engine and excellent artwork made it a sensation when it was released on August 17, 2018. This slot has relatively high volatility, 93.99% RTP and comes with 30 fixed pay lines. This 5×3 slot has a mystical theme and several bonuses, including free spins, up to 4x win multipliers and a maximum win of £60,000. As the reels spin across the picturesque green environment in the backdrop, gentle music tinkles away. The Celtic Goddess Danu stands guard to the left of the reels holding a dazzling treasure in her hand.

This slot’s minimum bet is a fairly economical £0.3 per spin but the max stake does go all the way up to £30  per spin. The Goddess is the wild symbol, appearing exclusively on reels two and four and substituting for all other symbols except the bonus symbol to help make winning combinations. A victory with one wild multiplies by 2x, whereas a win with two wilds multiplies by 4x. Get ready to enter this lush, genuine paradise, where mystery and enchantment abound.

The game takes place in the centre of a magnificent setting with hills and a glistening river. Your companion, the divine Danu, will support you throughout the game. Her glistening green orb serves as a constant reminder of the mysterious and archaic powers that feature in this slot. The animations themselves are quite crisp and sharp, but not to the point of being jarring.

A male and female figure, a jar of gold, a menhir, a sword, and a spear are among the high-value symbols. The lesser valued symbols are represented by the traditional card suits of spade, club, diamond, and heart, which are all inlaid with Celtic twists and knots. The heart, club, spade, and diamond symbols have been given a Celtic makeover to go in with the rest of the game’s symbols.

The music strikes a nice balance between mysterious and energetic, with twanging stringed instruments and flutes, inspired by traditional Celtic music. The supplemental sound effects blend in effectively with the main music, creating an overall immersive in-game experience. Having said that, you may always silence these noises to suit your preferences. 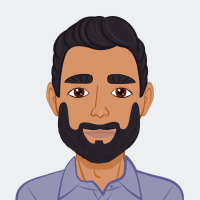 Celtic Goddess offers a lot to both novice and seasoned slot game players. The slot is engaging, and the design is aesthetically appealing. The well-chosen soundtrack and complementing sound effects add to the in-game experience. This is an Irish-themed slot that has comparatively few additional features, but it certainly is still a decent and enjoyable slot. The 16 free spins and a top possible prize of £60,000 combined with the unique random bonus feature and it’s easy to understand why this game is so popular among players of various skill levels.

Although the bonus spins cannot be retriggered throughout the feature, this slot’s unusual bonus feature does significantly compensate for this. The Goddess Feature will activate after each bonus spin, giving you a chance to win twice as much on every bonus spin in the round!

The Celtic Goddess can activate at random at any point during gameplay. When this happens all of the lower value symbols are converted into a single type of higher value symbol. This is done after any initial line wins have been assigned. But once the symbols have been transformed, all line victories are re-evaluated and added to the total win.

How To Play Celtic Goddess Slot

Celtic Goddess is a user-friendly slot machine. To learn more about the game’s additional features and paytable, start by clicking the question mark sign in the bottom right-hand corner of the screen. Next, set your in-play stake using the – and + toggle buttons. There are two spin modes available in this game: regular and auto. To begin, just turn the switch to the desired mode before pressing the green play button. Stop playing after you’ve hit your spin limit or the fun has worn off.

Celtic Goddess is a mobile-friendly slot that works on all devices, including Windows, Android, and iOS. Even if you’re on the move, gamers will enjoy the smooth gameplay and excellent visuals while playing this mysterious slot – particularly if the red-haired deity is feeling generous! If you are unsure about how the slot will perform on your mobile device, you can test the game in demo mode for free before making your first deposit and starting your Celtic betting adventure!