Take yourself on a journey to the stunning lands of Africa in Pragmatic Plays deluxe version of their well-known online slot. Expanding on an already popular theme, they bring you slightly enhanced graphics, with the same loved features of the preceding games, Great Rhino and Great Rhino Megaways.

Playing alongside the majestic African creatures, you will find yourself feeling fully immersed in the African vibe as the uplifting beat takes you on a feel-good adventure. If you are familiar with Disney’s Lion King, then you know exactly what we are talking about.

This is Pragmatic Plays third slot in this series, and it’s easy to see why. The African theme allows for a great soundtrack and a multitude of magnificent characters. Be sure to look out for the golden rhino as you play, the biggest payer of the crowd, offering you up to 20x your stake. With two bonus features, multipliers, and a free spins feature, this Rhino proves himself to be very generous, giving you the chance to win 6242x your bet, if only you can stand your ground.

Similarly to the Megaways version, you can see how Pragmatic plays have enhanced the graphics in this Deluxe recreation.

Flamingos, hyenas, crocodiles, gorillas, cheetahs, and, of course, the almighty rhino, will accompany you on this Safari adventure of a lifetime. Each animal has been illustrated beautifully in a realistic style, with highlights and shadows giving a sublime presence to the characters.

Yet, it is the soundtrack to this game that is the real embellishment. Not only do you have the catchy African drum beat, which will have you dancing in your seat, but the added detail of African wildlife certainly brings this game to life. The buzz of the insects, the trill of the birds, the hissing of snakes, and the low growls of lions and hyenas, aid to transport you to the depths of Africa. 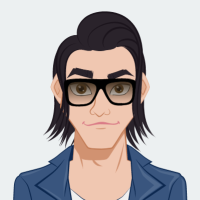 In terms of being an upgrade from the original game, Great Rhino Deluxe offers only minor differences, but, as with any of Pragmatic Plays slots, the theme is fun and bold and makes for an enjoyable game.

If you’re new to the online casinos, don’t forget to look out for the deposit bonus on offer at many of the sites when you play Great Rhino Deluxe!

Ten free spins can be gained by landing three of the baobab tree scatter symbols during the base game. Not only do you not have to stake any of your coins during these spins, but you also have more winning opportunities with all Rhino symbols turning into Wilds and substituting for any of the other symbols!

The super respins feature is brought into play when you land two full stacks of rhino symbols in the base game. You get three respins, plus an extra one each time you land a rhino symbol and don’t forget to look out for the 2x multipliers that land in random positions during this feature.

The best part of the super respins feature is the chance to win one of two impressive jackpots – the Major or Grand! Collect 14 rhinos across the reels, and you will take home the Major jackpot of 375x your stake. But collect just one more to take your total to 15 rhinos, and you will get your hands on the Grand jackpot of 500x your stake!

This five-reel, high volatility game gives you plenty of opportunities to win, with the chance to bet high or low. Your total bet can be anything between 20p and £100, so before you begin, take a moment to adjust your stake to an amount that suits your style.

For those of you wanting to speed up the rate of play, check out the autoplay features, which can be fully customised in terms of speed and win/loss limits, up to a maximum of 100 spins. All that’s left to do is hit the spin button, either on your screen or by using the space or enter buttons of your keyboard.

You can take a trip to Africa whenever you feel like it because the Great Rhino Deluxe slot is available on all mobile devices, including tablets. With HTML5 coding, the in-browser play makes it easier than ever to stream on the go on both apple and android devices, without the need for downloading.